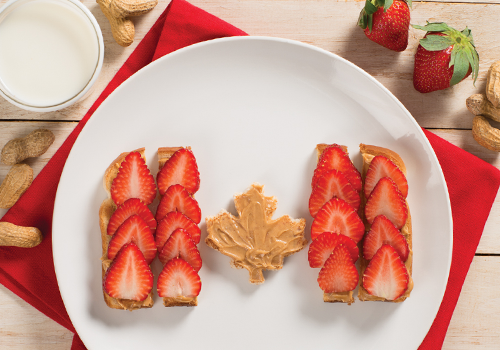 Canada is the second largest single-country importer of U.S. peanuts. More than 85% of the peanuts consumed in Canada are obtained from a choice of 25,000 growers from the United States.

The Canadian climate isn't very conducive to growing peanuts, which require sandy soil and hot dry weather. The total amount of peanuts farmed in Canada may be as small as a couple hundred tonnes – compared to shipments of all U.S. peanut products to Canada at 127,465 metric tonnes in 2019.

The popularity of the peanut can be traced back to George Washington Carver, the American botanist who found more than 300 uses for it.