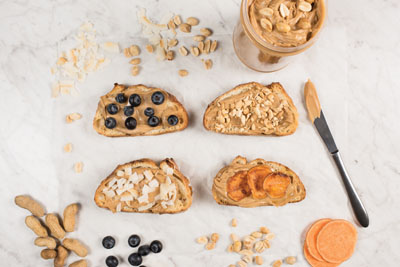 A new study published by the European Journal of Nutrition investigated the link between nut intake and weight loss or gain, as well as risks associated with overweight or obese participants with increased nut consumption.

The idea for the study comes from the fact that nuts are an energy-dense, calorie heavy food which could lead to weight gain. The study consisted of 373,293 participants from 10 different European countries; they were weighed and measured at the beginning of the study, and five years later.

Results showed that those who increased their nut intake (specifically, more than one serving per week), did not gain as much weight as those who did not. It was noted that participants with a normal starting weight who consumed more nuts had a 5% lower risk of becoming overweight, while overweight participants had a 5% lower risk of becoming obese.

The results of this study support the ideas that increasing your nut consumption is part of a healthy diet.

To read the full study, you can subscribe to the European Journal of Nutrition here.