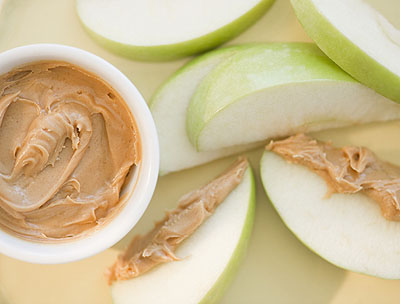 “No snacking before dinner, or you’ll ruin your appetite.” Is this a phrase you heard while growing up? Maybe you even say it to your own children. Snacking can sometimes have a bad rap, but it all depends on what your snacking staples are.

According to a recent consumer study in the U.S. conducted by Surveygoo, the millennial generation is eating a wholesome snack in place of a standard meal at least once a week. When asked how often they eat a snack instead of having breakfast, lunch or dinner, 92% of millennials admitted to doing so at least once a week. Half said they replace a meal with a snack about four times a week, while 26% said they do so up to seven times a week. The research also shows that 39% of millennials said they snack because they are too busy to eat a sit-down meal, while 17% admitted they “can’t be bothered to cook a meal.” This points to the notion that the replacement of meals with snacks among millennials is widespread.

Speaking of spreads, the National Peanut Board offers some helpful tips on how to snack smartly. When snacks are balanced to include a carbohydrate (toast or fruit), and a protein (handful of peanuts or a spoonful of peanut butter), and are consumed between balanced meals, they can help us sustain steady energy. And, studies have shown that snacking on peanuts every day is linked to a lower risk of suffering a stroke and other diseases. As if you needed more reasons to include the powerful peanut in your life.