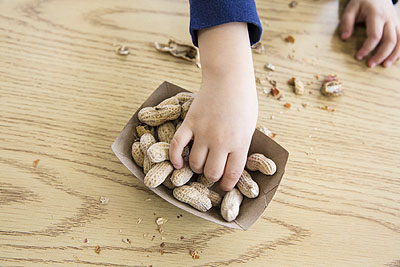 According to new guidelines released by a U.S. government panel, to reduce the risk of peanut allergy, infants should eat foods containing peanuts by the time they are six months old. Dr. Edmond Chan, the panel’s Canadian member and head of the division of allergy and immunology at the University of British Columbia’s department of pediatrics and director of the allergy clinic at BC Children’s Hospital, caution about feeding foods containing peanuts to infants “has probably led to more peanut allergies.”

The 2015 Learning Early about Peanut Allergy (LEAP) trial showed that the early introduction of peanuts among infants at high risk of peanut allergy dramatically reduced their risk of developing the allergy by the age of five. After the release of these results, the U.S. National Institute of Allergy and Infectious Diseases set up a new panel and discovered that children at high risk for peanut allergy – those with severe eczema or egg allergy – should consume foods containing peanuts by four to six months of age, but only after being tested by a medical professional for a possible allergic reaction. Infants at low to moderate risk don’t need to be test beforehand.

Dr. Chan has noted that the risk of a life-threatening allergic reaction is higher if a child eats peanut butter for the first time at around one year of age, but that’s another reason to introduce it as early as possible. He also states that it may take time to change the public mindset about feeding peanut to infants.

To read more about the study and its results, information has been published online in many medical journals, including the Canadian Journal of Allergy, Asthma and Clinical Immunology.