Allergy Update: LEAP, EAT and Beyond 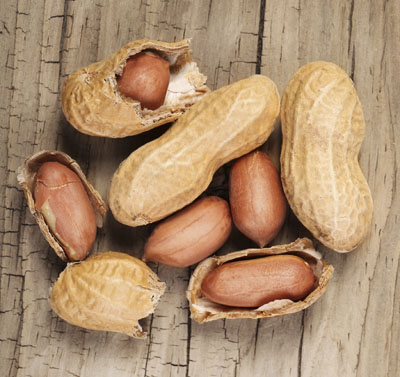 What happens next with the ground-breaking peanut allergy studies LEAP and EAT? The answer is that they are continuing into the future to see if the initial tolerance to peanut allergen really does last beyond one year (which the LEAP-ON extension demonstrated) as the children in the cohorts get older. So if you wondered if there would be more significant news in the pipeline about achieving tolerance to peanut and other food allergens, the answer is that both of these extended studies are bound to produce headlines when they report in a few years time.

The LEAP Trio cohort study, or to use its formal title, “Follow up of Learning Early About Peanut Allergy (LEAP) Participants and Their Families”, is a longer-term follow-up of the original LEAP study participants which will assess whether the benefits of regular early-life peanut consumption are maintained over many years when followed by consumption of peanut containing foods as much and as often as desired. Three cohorts will include LEAP participants, siblings and parents, which should provide some very revealing insights into what life is really like for these families. The study begins this year, 2018, with data collection continuing until December of 2020. This will allow for the enrolment of former LEAP participants aged 12 years. Professor Gideon Lack is the LEAP Trio director. NIAID and Immune Tolerance Network are providing the core funding.

LEAP Trio will overlap with another major extended study called EAT-ON, or to give its formal title: “Effects of Early Introduction of Allergenic Foods Followed by Ad-libitum Consumption, on Food Allergic Sensitisation, Allergy and Measures of Child Health at 8 Years of Age in Exclusively Breastfed Infants.” But whereas LEAP Trio completes at the end of December 2020, EAT-ON continues until April 2021.

The original EAT (Enquiring About Tolerance) study focused on early introduction of six common allergenic foods: cow’s milk, hen’s egg, wheat, peanut, sesame and fish. These children are now 5 years old and the extension study will follow them up to age 8 to see what degree of tolerance persists or whether the development of allergy has simply been delayed. EAT produced some intriguing comparisons and contrasts between how children tolerated the different allergenic foods and whether their parents were able to stick to the prescribed protocols about how to introduce and sustain their consumption. The results of this follow-on work in three years time will be very important especially for amending the WHO’s weaning guidance which recommends exclusive breast feeding up to 6 months of age.

For both peanut allergy and food allergy generally, it is very encouraging to see these two extension studies getting underway at Kings College, London. Stand by for some interesting findings about what really happens as these children grow up.