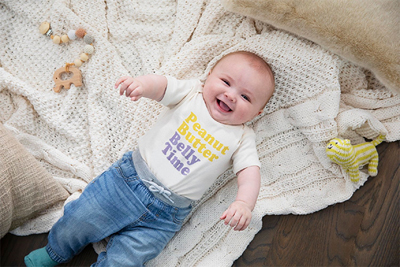 The Canadian Paediatric Society (CPS) has released new guidance that encourages parents to start feeding “high-risk” infants common allergy-causing foods – peanuts, eggs, milk – as soon as they start solid food. Waiting to introduce these foods can increase their risk of developing allergies later. According to the CPS, “high-risk” can apply to children who have “a personal history of atopy, including eczema, or having a first-degree relative with atopy (e.g., eczema, food allergy, allergic rhinitis, or asthma).”

In 2013, the CPS stated: “the protective effect of early introduction of potentially allergenic foods (at four to six months of age) remains under investigation.” Before that, the almost two-decade old recommendation was to avoid allergens until children turn three-years-old.

As reported in The Globe & Mail, the executive director of the non-profit group Food Allergy Canada, Ms. Gerdts said she is thrilled to see the CPS spreading the word about how to prevent food allergies. “My twins would have fit into that category of medium-to-high risk because they had eczema as infants and there’s a family history of food allergies," she said. “So we would have been the perfect target for this new guidance.”