Allergy Update: A peanut allergy “cure” may be on its way 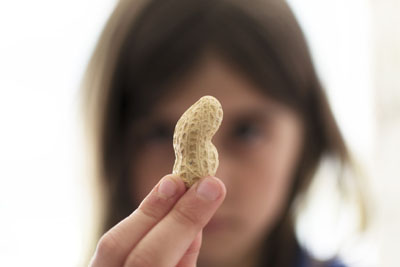 Could a peanut allergy cure be in the near future? Australian scientists say they’ve uncovered a potential cure for peanut allergies, keeping the allergy away in some patients for a four-year period.

The scientists out of Murdoch Children’s Research Institute say their immunotherapy, combining a common probiotic with peanut protein, worked at staving off peanut allergies in kids by suppressing an allergic reaction.

Lead researcher Dr. Mimi Tang’s team has been working on a cure for years now. She worked with 62 kids in a trial study, feeding them a very common probiotic found in yogurt – lactobacillus rhamnosus – along with peanut protein every day for 18 months. As the days progressed, the kids took on more peanut protein.

Turns out, the therapy worked: 82 per cent of the kids receiving the therapy reduced their allergic reactions to peanuts. By the end of the trial, the kids were eating two grams of peanut protein – that’s about seven to ten peanuts.

This research follows recent studies suggesting early introduction to peanuts, starting at six months old, reduces the risk of developing an allergy. Another recent study found that children who were breastfed by women who eat peanuts are five times less likely to develop the allergy.